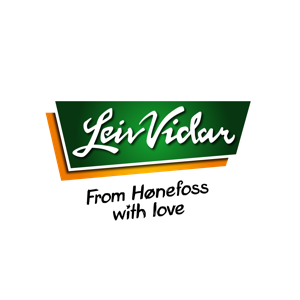 Leiv Vidar was established in 1950 by master sausage-maker Leiv Vidar. Since then, we have worked with the goal of making the very best sausages – in the universe! We make sausages with passion, generosity and rock ‘n’ roll.

Leiv Vidar (the man, not the sausage) was from Hønefoss in Norway. He had finished his training as butcher and master sausage-maker when he started his own business in 1950. This was a time of great shortage, but as a trained butcher, Leiv Vidar had a competitive edge. He could drive around to the farms in the district to slaughter animals and buy ingredients for his shop. Already then, Leiv Vidar was known as the sausage-maker from Hønefoss with the extra tasty sausages.

Hotdogs and gasoline
Leiv Vidar’s son Arne Vidar believed in selling hotdogs in kiosks and gas stations, and in the early 1980s, he chose to focus on the hotdog market. This choice would put its distinctive mark on the company in the following years. Up to this day, people say it is Arne’s “fault” that so many Norwegians like to get hotdogs from kiosks and gas stations. In the 1990s, Leiv Vidar went from being a local sausage-maker to becoming a national hotdog icon. Built on a solid company culture, with Rolling Stone’s “Start me up” as compulsory morning music, we make the best sausages in the universe, according to ourselves.

Allergy friendly
We have developed the next generation of sausages together with Norway’s Asthma and Allergy Association. Without allergens and with more meat, the same great taste can now be enjoyed by all sausage lovers.

All you need is sausage. From Hønefoss with love.